In this arcade game you can control a robot arm using three different motors. The goal of the game is to aim the robot to the right target as fast as possible.

The components were made using a lasercutter. The robot was inspired by other instructables for robots. I had to make a lot of changes to the design to make it work for my project. There were some slight issues with the final design but this was easily fixed. I used arduino to program the robot.

My plan was to create a game element using led lights inside the dome. The goal would be to rotate the robot towards the active led as fast as possible. Unfortunately I did not have enough time to install all of the led lights in the dome. However the robot was already fun to play with without this gameplay. 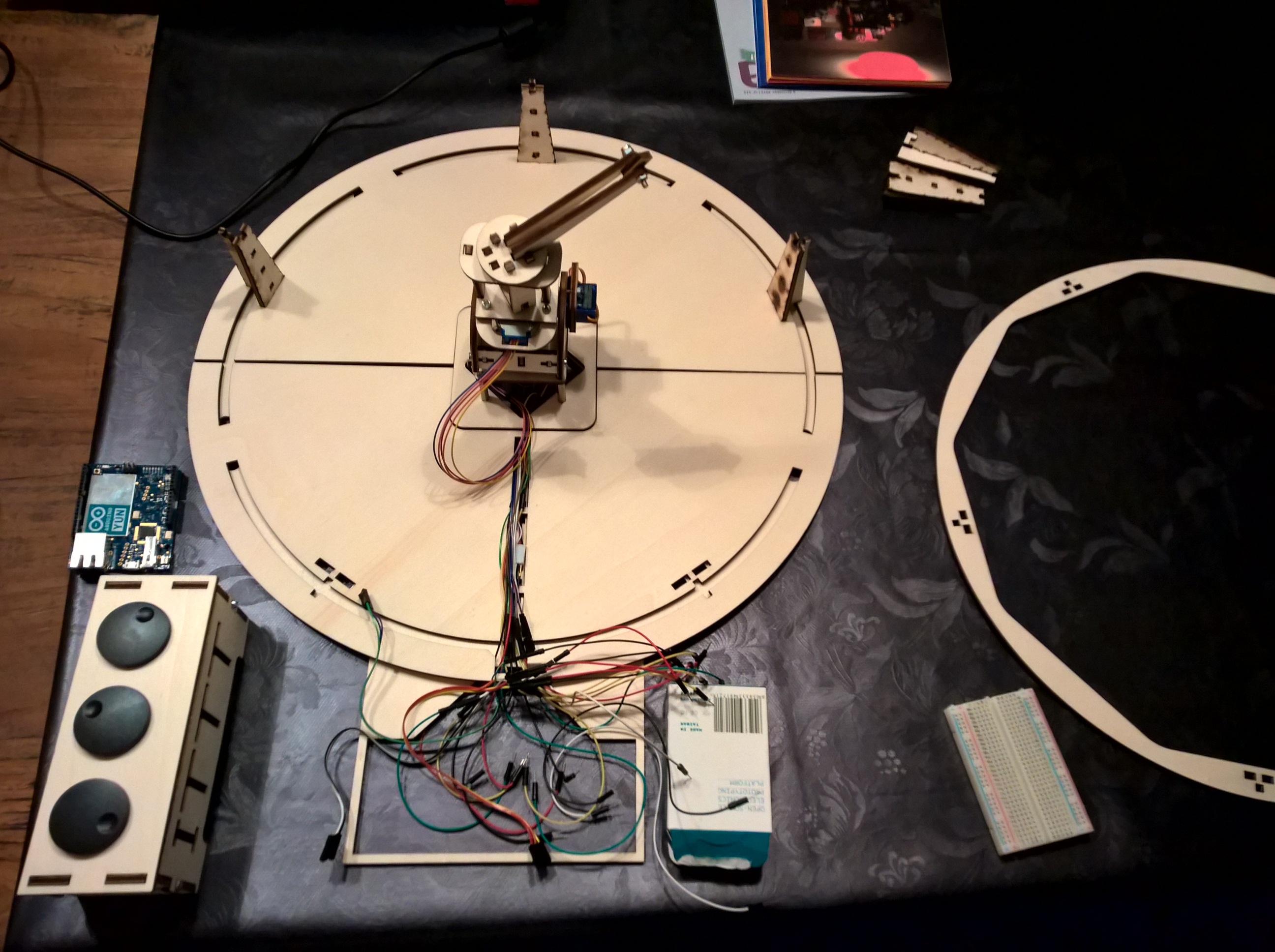