God Trainee is a video game in which you play the bad guy. You are a new god living inside the volcano. It is your task to grow your empire. One of the villagers turns in to a local hero and goes on a journey to defeat you. You will have to use all of your new powers to stop him.

The game uses various physical controllers. The player can scream in a microphone to erupt the volcano. You can start earthquakes by beating the drums. You can also spawn minions by throwing them (plushies) to the screen.

For this project my main task was to create a modular environment and the animations for the Hero. The environment is inspired by those of old 2D RPG games. The Hero animations where also fun to do. Because of the perspective you mainly see the hat and the staff. To make the most out of this I gave a lot of animations to the hat and added a long scarf to the staff that moves with the wind. 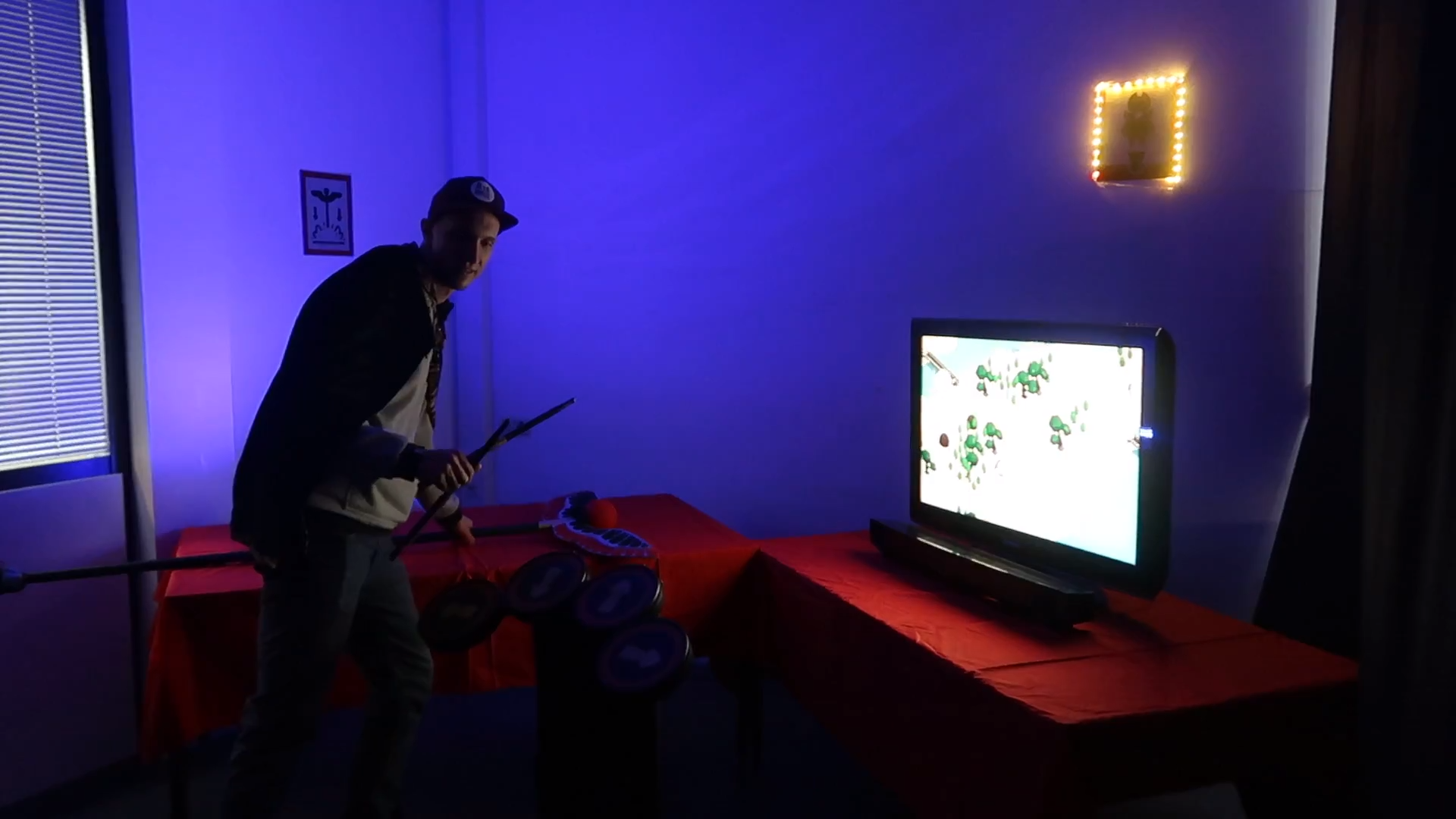